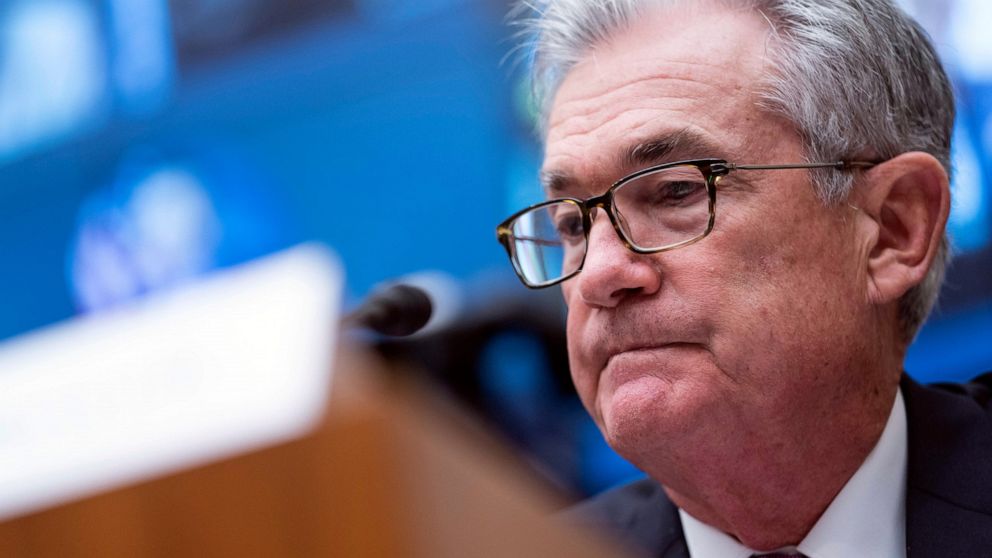 WASHINGTON — The Federal Reserve will begin dialing back the extraordinary economic aid it’s provided since the pandemic erupted last year, a response to high inflation that now looks likely to persist longer than it did just a few months ago.

In a statement Wednesday after its latest policy meeting, the Fed said it will start reducing its $120 billion in monthly bond purchases in the coming weeks, by $15 billion a month, though it reserved the right to change that pace. Those purchases have been intended to hold down long-term interest rates to spur borrowing and spending. With the economy recovering, that’s no longer needed.

The Fed’s announcement comes against backdrop of surging prices across the economy — in food, rent, heating oil, autos and other necessities — that have imposed a burden on households and have become a political liability for the Biden administration and its Democratic allies in Congress.

The central bank will slow its $80 billion in Treasury purchases by $10 billion a month and its $40 billion in mortgage bonds by $5 billion in November and December and said similar reductions “will likely be appropriate” in the following months. That suggests that the central bank might decide to accelerate its pullback in bond buying if inflation worsens.

If the pace is maintained, the bond purchases would end altogether in June. At that point, the Fed could decide to raise its benchmark short-term interest rate, which affects many consumer and business loans. That would be much earlier than Fed officials had envisioned last summer, when they collectively forecast that the first rate hike wouldn’t happen until late 2023.

The changing expectations reflect a central bank that is rapidly shifting from an effort to boost the economy and encourage more hiring to one that is increasingly focused on rising inflation. Prices jumped in September from a year earlier at the fastest pace in three decades. The Fed now faces the delicate task of winding down its low-rate policies, which it hopes will slow inflation, without doing that so rapidly as to weaken the job market or even cause another recession.

At a news conference Wednesday, Chair Jerome Powell stressed that the outlook for inflation looks highly uncertain, limiting the ability of the Fed to tailor its policies in response. He suggested that inflation should slow sometime next year as supply bottlenecks ease but that the Fed cannot be certain that it will.

In its statement, the Fed slightly altered its long-standing language on inflation to raise the possibility that high prices could prove longer-lasting. Previously, it had said inflation was “elevated, largely reflecting transitory factors,” notably supply shortages as the economy has swiftly recovered from the recession. Now, it says, elevated inflation largely reflects “factors that are expected to be transitory.”

That change echoes recent shifts in Powell’s public remarks, in which he has acknowledged that inflation has endured longer than expected and that risks of higher inflation remain.

At the same time, the Fed’s latest statement suggested that the officials still think shortages of materials and labor are major factors in the rise in inflation — factors that would presumably ease over time.

“Supply and demand imbalances related to the pandemic and the reopening of the economy,” the statement said, “have contributed to sizable price increases in some sectors.”

The economy has steadily recovered from the pandemic recession, although growth and hiring stumbled in the July-September quarter, partly because a surge in delta cases discouraged many people from traveling, shopping and eating out.

Many economists say they’re hopeful that with vaccinations increasing and the delta wave fading, job growth will pick up in October from September’s weak pace. The October jobs report will be released Friday.

Last week, the government reported that prices surged 4.4% in September from a year earlier — the fastest 12-month increase since 1991. Yet while inflation is running hot, the job market isn’t back to full strength. The unemployment rate was 4.8% in September, above its pre-pandemic level of 3.5%. And roughly 5 million fewer people have jobs now than did before the pandemic.

That puts Fed officials, particularly Powell, in a bind: They might want to keep their benchmark short-term interest rate at nearly zero, where it has been pegged since last March, to boost the economy and encourage more hiring. But they are facing growing pressure, including from Republican lawmakers in Congress, to rein in rising prices, which are offsetting much of the benefit that many Americans have enjoyed from recent wage increases.

Wages and salaries soared in the July-September period by the most in at least 20 years. That suggested that workers are increasingly able to compel higher pay from businesses that are desperate to fill a near-record number of open jobs. But the gain was largely offset by rising inflation. And large pay increases can drive up inflation further if companies raise prices to cover their higher costs.

The Fed’s meeting occurred as Powell’s future as Fed chair remains uncertain. President Joe Biden has yet to announce whether he will re-nominate Powell for another four-year term. Powell’s current term expires in early February, but previous presidents have usually announced such decisions in the late summer or early fall.