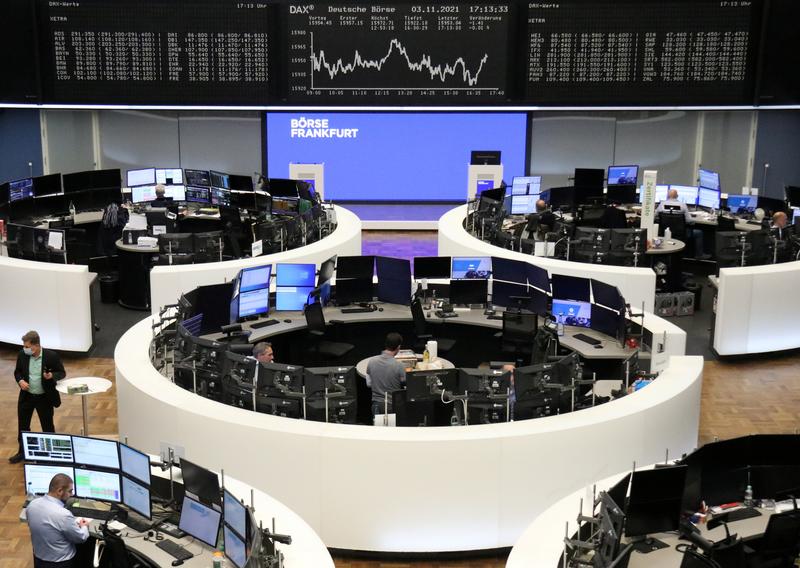 (Reuters) – European shares hit a new high on Thursday for the fourth straight session as the U.S. Federal Reserve signalled it would be patient with interest rate hikes, with investor focus now on the Bank of England’s rate decision.

The pan-European STOXX 600 jumped 0.5% as global shares marked similar gains after the U.S. central bank, as expected, said it would begin scaling back its monthly bond purchases in November with plans to end them next year.

After the European Central Bank signalled on Wednesday it was in no hurry to tighten policy, spotlight is now on the Bank of England’s decision due at 1200 GMT.

Among stocks, drugmaker Roche was the biggest boost to STOXX 600 after it bought back its nearly one-third voting stake from rival Novartis for $20.7 billion. Novartis was up 1.9%.

Reporting by Anisha Sircar in Bengaluru; Editing by Shounak Dasgupta