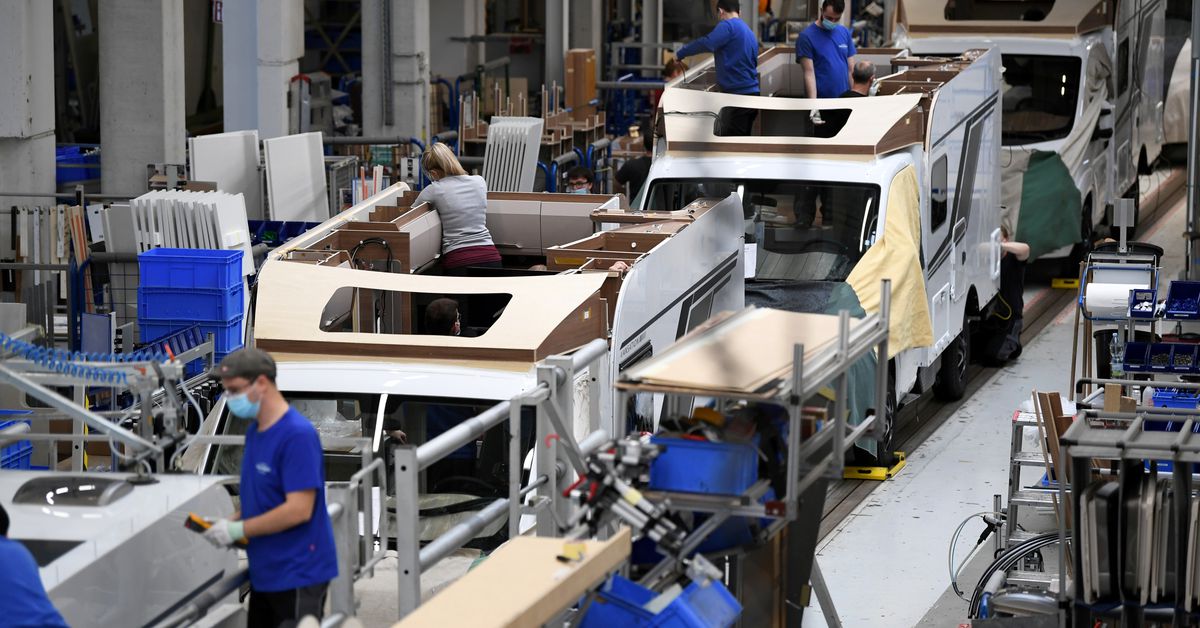 The European Union’s statistics office Eurostat estimated that prices at factory gates in the 19 countries sharing the euro rose 2.7% month-on-month in September for a 16.0% year-on-year jump, in the biggest increases ever recorded for the bloc.

The jump also exceeded expectations, as economists polled by Reuters had forecast a 2.2% monthly rise and a 15.2% surge on the year.

Producers’ prices rose sharply amid a fast economic recovery after the most acute phase of the COVID-19 pandemic, a tightening of global supply chains, and a jump in gas prices.

Energy prices rose 7.7% month-on-month for a 40.7% year-on-year surge, accelerating their increase. However, total industry prices excluding energy rose only 0.6% on the month, slowing from previous months.

The rise in industrial prices mirrors the surge of consumer prices which increased in the bloc annually 3.4% in September, according to Eurostat, which has estimated a 4.1% surge in October read more .

Producer price rises usually translate into higher prices for consumers that the European Central Bank wants to keep rising at around 2%. The bank and euro zone finance ministers expect the inflation spike to pass in coming months and inflation to slow in 2022.