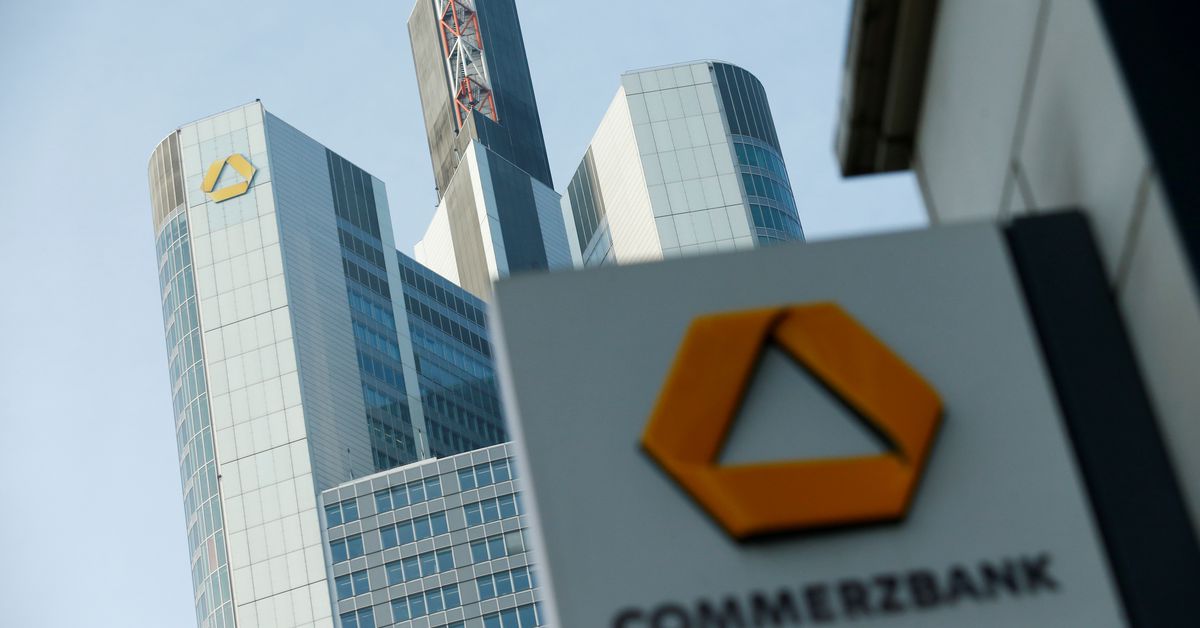 FRANKFURT, Nov 4 (Reuters) – In the midst of a major overhaul, Germany’s Commerzbank (CBKG.DE) on Thursday swung to a better-than-expected third-quarter net profit and forecast a profit for the full year, defying analysts predictions for a 2021 loss.

The quarterly results were supported by a decrease in provisions set aside to cushion the fallout from the pandemic, as well as lower costs.

The positive tone in Germany echoed across much of Europe’s banking sector, which for the past few years has been struggling with negative interest rates and the impact of COVID-19. Societe Generale and ING also both reported better-than-expected profit on Thursday, helped by the release of provisions set aside for loan losses that didn’t materialise. read more

The outlook at Germany’s No. 2 bank is a victory for the new Chief Executive Manfred Knof, who joined the bank at the start of the year to carry out a 2 billion euro restructuring involving hundreds of branch closings and 10,000 job cuts to get back on a path to profit.

“Despite the restructuring expenses, we are anticipating a positive net result for the full year,” Knof said.

Before Thursday, analysts had expected Commerzbank to post a loss of more than 100 million euros for 2021 and only return to profit next year. The bank posted a steep loss of 2.9 billion euros in 2020 due to restructuring costs.

It has been a rocky few years for Commerzbank. Merger talks with Deutsche Bank (DBKGn.DE) failed and it was ejected from the premier DAX index of German blue-chips. Last year, a major investor, Cerberus, launched a campaign for change that prompted a shuffle in top leadership and the plans for steep job cuts.

Commerzbank, which is still partially owned by the state after a bailout during the financial crisis more than a decade ago, has lost about 2 billion euros from 2009 through last year.

Commerzbank said it was halfway through the task of cutting positions. But as it does so, it’s also facing demands for higher wages amid soaring inflation. Workers will strike next week for one day as unions demand 4.5% pay increases for bankers in the industry.