Column: A declassified government report offers no support for the lab-leak theory of COVID’s origin 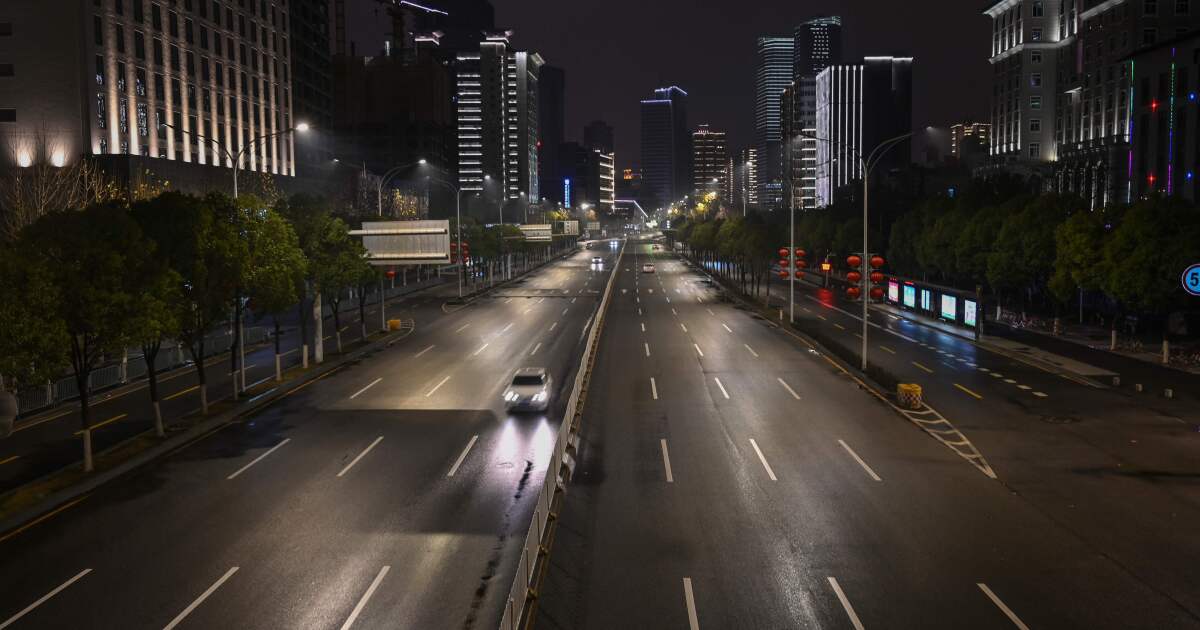 For months, adherents of the theory that COVID-19 originated in a Chinese government laboratory have hoped that an assessment President Biden ordered from the nation’s intelligence agencies would validate their suspicions.

Their hopes are now dashed. The intelligence report was declassified and released on Oct. 29. It effectively demolishes the lab-leak theory.

The release of the full report follows the publication of a brief declassified summary in August, stressing the intelligence community’s inability to reach a firm conclusion about whether SARS-CoV-2, the virus responsible for the COVID pandemic, originated from natural sources or a Chinese laboratory.

Extensive wildlife and livestock farming, wildlife trafficking, and live animal markets in China…increase the probability that initial transmission occurred along these lines.

The latest version, which is likely to be the most complete assessment to be released publicly, is couched in the same conditional and qualified language.

The report avoids offering a firm conclusion about the two prevailing theories. But it provides details of the agencies’ findings that make clear they looked into the specific assertions that have been proposed in support of the lab-leak theory and found them wanting.

The intelligence agencies also noted that although no animal source for the virus has yet been identified, that doesn’t necessarily undermine the theory of a natural source.

The report was published by the Office of the Director of National Intelligence, an umbrella agency for 17 government intelligence services, including the CIA, FBI, four Cabinet agencies and the intelligence arms of the military services.

Experts who were contacted by the intelligence services preparing the report have said they were impressed by the agents’ commitment to a scientific analysis. “These folks were really knowledgeable, had PhDs in molecular biology, they had read all of the papers in detail,” Tulane virologist Robert Garry told science writer Amy Maxmen of Nature in August.

The lab-leak theory has been kept on life support for more than a year by partisan propagandists, abetted by amateurs posting on social media and credulous journalists reluctant to relinquish a story that would be, as the saying goes, “interesting, if true.”

As we’ve reported before, the hypothesis that the SARS-CoV-2 virus escaped from a Chinese laboratory to wreak havoc on the world originated with a clutch of anti-China ideologues in the State Department under Trump.

In its initial incarnation, the hypothesis held that the virus was developed by the Beijing government as a biological weapon. Its proponents soon abandoned that claim as too fantastical to win over many believers, so they retreated to the claim that it was merely genetically engineered in standard virological research and reached the outside world through inattention or accident.

In its most recent form, the theory is that a precursor virus was brought from the wild to a Chinese lab in Wuhan and evolved there, and that was what sneaked out into the open.

The intelligence assessment dismisses the first two versions outright. It suggests that while it’s “plausible” that a lab worker unwittingly became the carrier, that’s “less likely than an infection occurring through numerous hunters, farmers, merchants, and others who have frequent, natural contact with animals.”

The report states that the agencies judged the bioweapon allegation to be “supported by scientifically invalid claims,” adding that its “proponents are suspected of spreading disinformation.”

It says that the intelligence agencies found no “genetic signatures in SARS-CoV-2″ that would indicate genetic engineering, such as deliberate manipulation of a virus in the lab to make it more dangerous to humans.

Nor did they find evidence of any virus strains that “could have plausibly served as a backbone” — that is, a biological foundation — for a genetically engineered version.

The agencies examined one of the more popular claims by lab-leak proponents, involving the so-called furin cleavage site on SARS-CoV-2. This is a feature of the virus’ spike, the structure that allows it to penetrate healthy cells and pass along infectious material. To be effective, the spike has to be cut in two, a process achieved by the enzyme furin.

Lab-leak proponents have asserted that the furin site is so rare and so well-adapted to human infection that it’s certain to have been added to the virus in a lab. Just as many academic virologists have noted, the report observes that furin sites have been found in naturally occurring viruses and can be the product of natural evolution.

The intelligence services found support for the so-called zoonotic theory that the pandemic resulted from a natural spillover of the virus from animals to humans in virological history. Many virological outbreaks have happened this way, the report observes.

“Extensive wildlife and livestock farming, wildlife trafficking, and live animal markets in China,” along with historically lax government oversight, “increase the probability that initial transmission occurred along these lines.”

Support for the lab-leak hypothesis, the services say, comes chiefly from reports questioning whether the Wuhan institute conducted its research under adequate biological safeguards. But the services found “no indications that the institute’s research involved SARS-CoV-2 or a close progenitor virus.”

The report does state that, among its contributing agencies, four “assess with low confidence” that the virus probably sprung from natural sources; one finds with “moderate confidence” that the pandemic “most likely” resulted from a laboratory incident, and three couldn’t decide between the two theories. The report doesn’t link specific agencies to those findings, however.

The intelligence services also reproach the Chinese government for hindering international investigations of COVID-19’s origins, in part by refusing to share information about WIV research or its own findings about the early course of the disease in Wuhan.

“These actions reflect, in part, China’s government’s own uncertainty about where an investigation could lead,” the U.S. report says, “as well as its frustration the international community is using the issue to exert political pressure on China.”

The services are generally dismissive of what it calls “open-source” theories of the pandemic’s origin, typically passed around on social media. “These theories generally do not provide diagnostic information on COVID-19 origins, and in some cases are not supported by the information available to us.”

Whether the government report will stifle the propaganda about a Chinese lab-leak is uncertain, but that may not be the way to bet. Too many people are ideologically committed to the claim, and a scientific debunking of a theory that has had little science to support it from the start probably won’t matter.