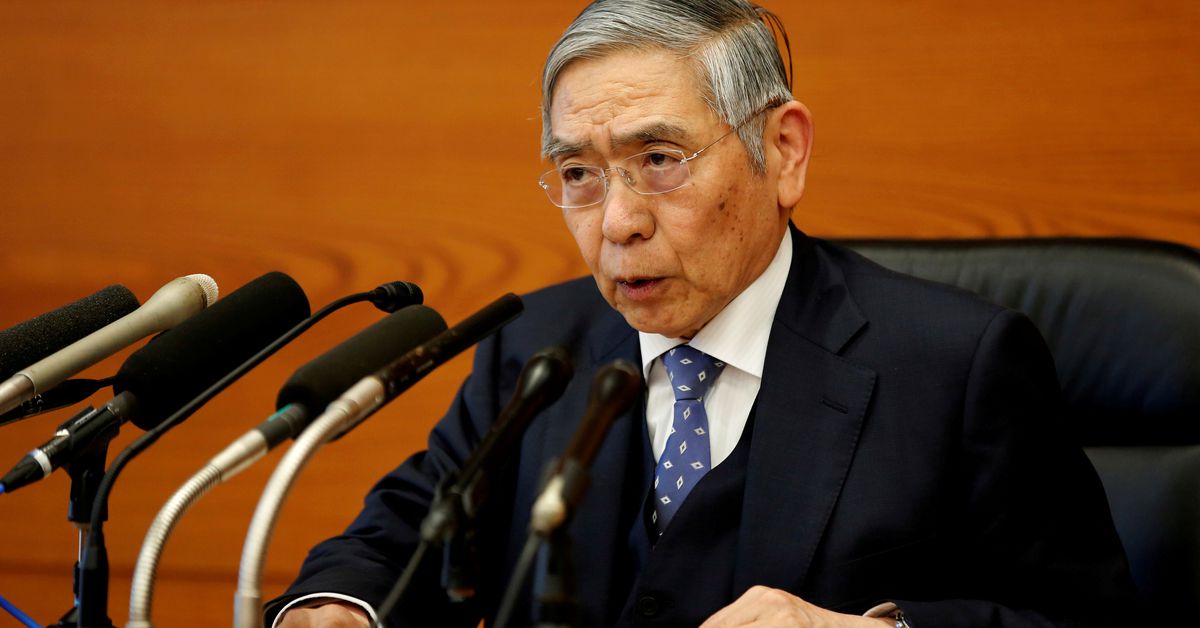 Kuroda, speaking to reporters after a meeting with Prime Minister Fumio Kishida, said his institution faces a different situation regarding the coronavirus pandemic compared with Western central banks.

The Fed, as widely expected, announced on Wednesday that it would begin reducing its $120 billion in monthly purchases of Treasuries and mortgage-backed securities at a pace of $15 billion per month, with a plan to end the purchases altogether in mid-2022. read more

“We are continuing monetary easing to achieve a 2% price stability (inflation) target. On top of it, we are also carrying out special programme to cope with the spread of coronavirus infections,” Kuroda told reporters after Thursday’s meeting.

The meeting was Kuroda’s first routine gathering with the premier since Kishida took office last month. Kuroda said the pair discussed economy and financial market situations in and out of Japan, following his Tuesday meeting with Japan’s finance and economy ministers, in which all three reaffirmed the BOJ’s commitment to achieve its 2% inflation target.

New coronavirus infections are “quickly declining” in Japan, Kuroda said, but the central bank would continue to back funding for financial institutions through next March.

“We will continue the yield curve control (YCC) even after coronavirus infections are contained. The situations in the West are different from Japan.”

Under the YCC policy, the BOJ guides short-term interest rates at -0.1% and 10-year bond yields around 0%.

U.S. to hold formal trade talks with Taiwan in show of support

Lose big on crypto? Here’s how to reduce the sting