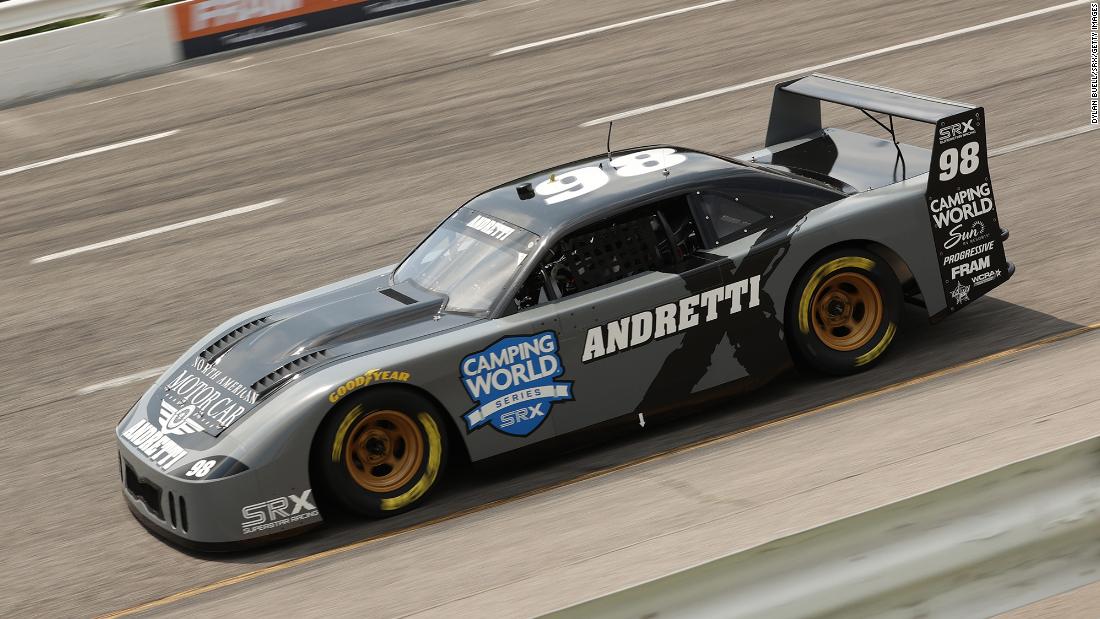 Now, one of the most famous names in racing history, former IndyCar champion Michael Andretti, is looking to capitalize on the moment by taking a blank check company public.

The Andretti Acquistion Co, a special purpose acquisition company, or SPAC, raised $200 million in its initial public offering Thursday. Shares were up slightly from their IPO price of $10 in early trading. The stock trades under the ticker symbol of WNNR.U.

The Andretti name is legendary in the world of auto racing. Michael’s father, Mario, was both an IndyCar champ in America and a Formula 1 winner. Michael’s son Marco now races as well and several other members of the Andretti family have been successful drivers.

CNN Business spoke with Andretti, co-CEO of Andretti Acquisition and head of the Andretti Autosport racing team, as well as his fellow co-CEO, Bill Sandbrook, former CEO of US Concrete, which is now owned by Vulcan Materials (VMC), and chief financial officer, Matt Brown, about what’s next for Andretti Acquisition.

Brown said that Andretti Acquisition is looking at deals throughout the automotive landscape, including electric vehicles and autonomous cars.

“There are a lot of emerging companies and established companies that could benefit from the Andretti brand,” Brown said, adding that the SPAC is looking to do a deal in the $1 billion to $2 billion range.

Like many SPACs, Andretti is hoping to bring on other investors through a so-called private investment in public equity, or PIPE, transaction. RBC is advising Andretti Acquisitions as the SPAC’s underwriter.

But Andretti said that even though there were rumors last year that Andretti Autosport wants to buy a Formula 1 team, investors shouldn’t expect the SPAC to make any direct investments in the world’s top racing circuit — despite the Netflix boost that F1 has gotten.

“There has been a lot of speculation about how I’ve been looking to get involved in Formula 1, but we’re not going to do it through the SPAC, which is independent of Andretti Autosport.” he said. “But Netflix has done wonders for Formula 1 and that’s good for all of racing.”

F1 is now a part of John Malone’s Liberty Media empire, and the racing business even has its own tracking stock (FWONA), which has surged nearly 65% in the past year.

Andretti did say that his SPAC would consider acquisitions of companies with ties to the electric auto racing business.

Andretti Autosport already has a team that competes in the Formula E series for electric race cars. And Zak Brown, CEO of the McLaren Racing team that has top drivers on the Formula 1 circuit, is now a board member of Andretti Acquisition.

“Our team has a lot of experience in the all electric Formula E series,” Andretti said. “So if companies we’re looking to buy are in that space, we have a lot to bring to the party.”

Sandbrook brings the Wall Street savvy to that party. He was CEO of US Concrete from 2011 until his retirement in 2020.

So how did a construction materials executive get involved in auto racing?

As it turns out, he’s known Michael Andretti and the rest of the family for most his life. They were next door neighbors growing up in Nazareth, Pennsylvania. US Concrete was even a sponsor of Marco Andretti’s Indy car.

“Michael and I have known each other forever,” Sandbrook said, joking that Andretti didn’t need to hire a headhunter or go on LinkedIn to find a CEO for his SPAC.

Now, Sandbrook hopes to use his business relationships to find the right firm for the Andretti SPAC to merge with, adding that the infrastructure bill that passed in Congress and signed by President Joe Biden last year could lead to more opportunities to buy EV charging companies.

Prices are soaring. How high can they go?