As the Fed Prepares to Slow Support, Attention Shifts to Rate Increases 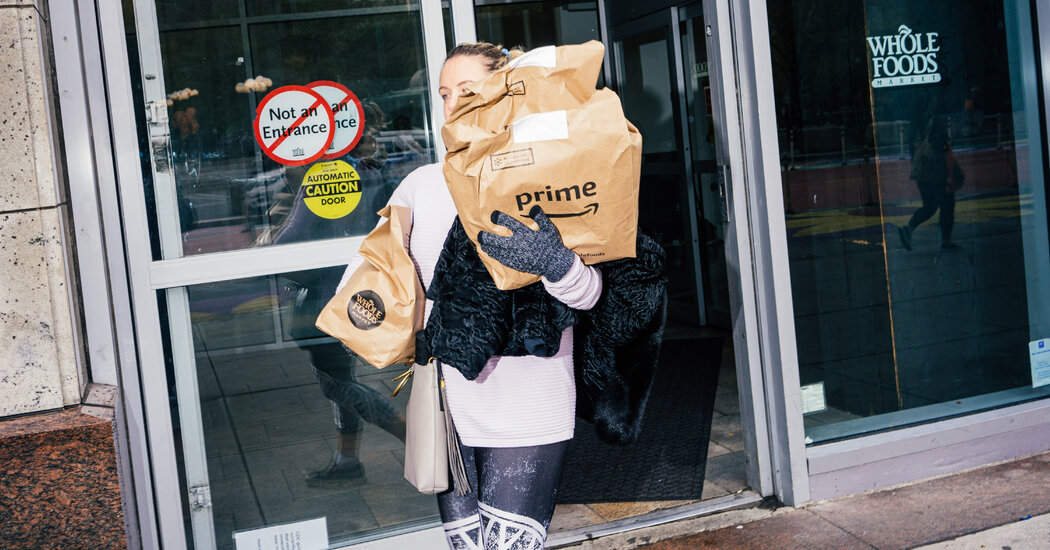 Jerome H. Powell, the Federal Reserve chair, is on the cusp of accomplishing something that would have seemed like a victory a year ago: Central bankers are expected to announce a plan to wean the economy off their asset-buying program on Wednesday without roiling markets, a delicate maneuver that was in no way assured.

Instead, Mr. Powell and his colleagues face pressing questions about their next steps.

Inflation is running at its fastest pace in roughly three decades, and hopes that the jump in prices will quickly fade have dimmed as supply chain snarls deepen and fuel costs rise. Wages are increasing swiftly, and consumers and businesses are coming to expect faster price increases, pumping up the risk that high inflation will become a fixture as employers and workers adjust their behavior.

Though the Fed is expected to announce this week that it will slow the $120 billion in asset purchases it has been carrying out each month to support the economy, Wall Street economists have already turned their attention to how worried the central bank is about brisk inflation and whether — and when — it might start raising interest rates in response.

“The question in the mind of the market is 100 percent what comes next,” said Roberto Perli, a former Fed economist who is now head of global policy at Cornerstone Macro.

Slowing bond buying could lead to slightly higher long-term borrowing costs and take pressure off the economy at the margin. But raising interest rates would likely have a more powerful effect when it comes to cooling off the economy. A higher federal funds rate would cause the cost of buying a car, a house or a piece of equipment to rise and would slow consumer and business demand. That could tamp down price gains by allowing supply to catch up to spending, but it would slow growth and weigh on hiring in the process.

The Fed has signaled that bond buying could wrap up completely by the middle of next year. Economists increasingly expect the Fed to move its policy rate up from near-zero, where it has been since March 2020, as soon as next summer.

Goldman Sachs economists now expect a rate increase to come in July 2022, a full year earlier than they had previously anticipated. Deutsche Bank recently pulled its forecast forward to December 2022. Investors as a whole now put better than 50 percent odds on a rate increase by the Fed’s June 2022 meeting, based on a CME Group tool that tracks market pricing.

But raising rates poses a risky trade-off for Fed policymakers. If inflation moderates as the economy gets back to normal and pandemic-related disruptions smooth out, higher borrowing costs could leave fewer people employed for little reason. And with a smaller number of paychecks going out each month, demand would likely weaken over the longer run, which could drag inflation back to the uncomfortably low levels that prevailed before the start of the pandemic.

“The risk is not really about the Fed beginning its rate hikes behind the curve,” said Skanda Amarnath, executive director of Employ America, a group focused on encouraging policies that help the work force. “The risk is that the Fed overreacts to this.”

That markets are penciling in rate increases more quickly could suggest that they are optimistic about the economy’s chances, said Neil Dutta, head of U.S. economics at Renaissance Macro. The Fed has said that before lifting rates, it wants to see the economy return to full employment and inflation that exceeds its 2 percent target and is on track to average it over time. Investors might think those targets will be met by the middle of next year.

“If it was a problem, why aren’t stocks falling?” Mr. Dutta said of the earlier rate increase expectations. “The economy has done better than anticipated.”

Still, millions of jobs remain missing from the labor market, and employment growth has slowed sharply. Payrolls expanded by just 194,000 jobs in September, and while fresh hiring data due on Friday is expected to show that companies added 450,000 workers in October, the trajectory is anything but certain.

If workers take a long time to come back to the job market, either because they lack child care or fear contracting the coronavirus, it could be the case that the Fed finds itself in a conundrum where inflation is high but full employment remains elusive. Mr. Powell has signaled that such a situation, in which the Fed’s goals are in conflict, is a risk. But he has also said the economy is not there yet.

Almost anything manufactured is in short supply. That includes everything from toilet paper to new cars. The disruptions go back to the beginning of the pandemic, when factories in Asia and Europe were forced to shut down and shipping companies cut their schedules.

First, demand for home goods spiked. Money that Americans once spent on experiences were redirected to things for their homes. The surge clogged the system for transporting goods to the factories that needed them — like computer chips — and finished products piled up because of a shortage of shipping containers.

Now, ports are struggling to keep up. In North America and Europe, where containers are arriving, the heavy influx of ships is overwhelming ports. With warehouses full, containers are piling up at ports. The chaos in global shipping is likely to persist as a result of the massive traffic jam.

That patience sets the Fed apart from some global counterparts. The Bank of England is on the brink of raising interest rates, which would make it the first major central bank to do so as inflation rises across many advanced economies. Though they aren’t as far along, the Bank of Canada and Reserve Bank of Australia are also beginning to back away from stimulus.

The Fed decision comes at a complicated political moment, as Mr. Powell’s future hangs in the balance. President Biden’s administration is deliberating whether it should keep the Fed chair on when his term ends early next year. It is also debating who should serve in two other roles: vice chair and vice chair for bank supervision.

Janet L. Yellen, the Treasury secretary, told Reuters that the decision would come “reasonably soon,” and told CNBC she had advised Mr. Biden to pick someone who was experienced and credible, and had praised Mr. Powell to him.

On Tuesday, Mr. Biden was asked whether he had decided on a Fed chair nominee, if he would detail what he was looking for in candidates and whether he was worried about having too little time to get nominees confirmed. The president responded: “no, no, and no.”

“I’m not going discuss it with you because that’s in train now, we’ll be making those announcements fairly quickly,” Mr. Biden said during a news conference in Glasgow, Scotland, where he’s attending a global climate summit.

Whoever leads the Fed in 2022 will have their work cut out for them. The Fed’s preferred inflation gauge climbed by 4.4 percent in the year through September, more than twice the central bank’s annual goal, and with airfares rebounding, rents picking up and couches and used cars still hard to come by, it seems likely that unusually strong price pressures will last into next year.

“If we see signs of relief on the supply side, it will leave the Fed comfortable to continue to guide that the end of tapering does not mean the start of hikes,” Michelle Meyer, chief U.S. economist at Bank of America, and her colleagues wrote in a recent analysis.

“But the Fed will need to hike earlier if supply-side constraints and elevated inflation persist, wage inflation picks up and inflation expectations continue to climb.”