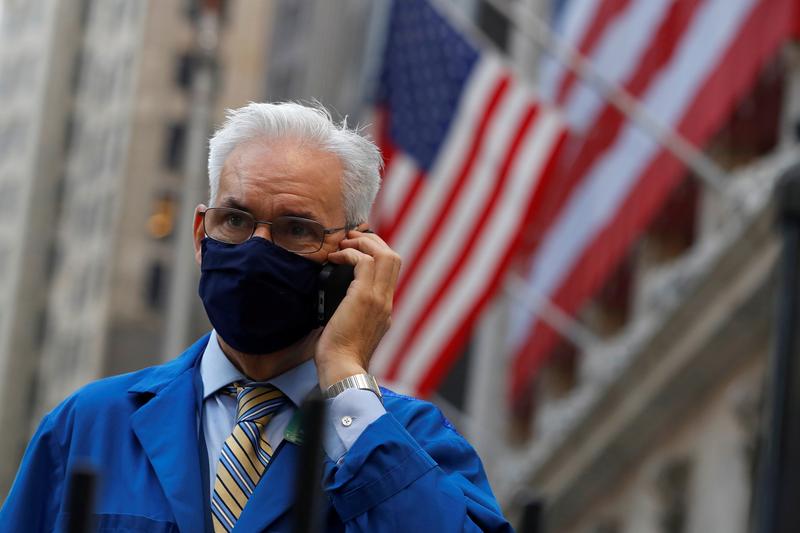 (Reuters) – Some investors are scooping up shares of beaten-down telecommunication network stocks, betting that companies like AT&T and Verizon offer value despite cutthroat competition and muted prospects for revenue growth.

While the S&P 500 is up 24.6% so far this year, the three major U.S. telecom stocks have been going in the opposite direction. AT&Tshares are off nearly 13% in 2021 and near their lowest level in more than a decade. Verizon Communications shares have fallen about 10%, while smaller rival T-Mobile US is off around 9%.

Telecom companies are often seen as a bastion for conservative investors because of their comparatively high dividends and they sometimes enjoy “safe-haven” status during periods of market volatility.

In recent months, however, brutal competition within the sector has led many investors to doubt the operators’ growth and profit prospects as they ramp up efforts to attract subscribers by paying for new phones and offering to pay outstanding bills for customers switching over from rivals.

A decline in AT&T shares accelerated earlier this year after it announced a deal to combine content with Discovery Inc to form a standalone global entertainment and media business.

As part of that deal, the company said it planned to cut the percentage of earnings paid to shareholders in dividends, potentially denting its appeal to investors favoring telecom shares for their rich payouts.

Big gains in faster-growing companies in technology, energy and other high-flying parts of the market, meanwhile, have also made poorly performing telecom stocks less-appealing to some investors.

With other sectors of the market soaring, “it hasn’t paid to be conservative,” said Paul Nolte, portfolio manager at Kingsview Investment Management.

Still, some see the sector as an opportunity to buy on the cheap, albeit one that will likely take a while to play out.

AT&T and Verizon for instance, trade at 7.8 and 9.8 times forward earnings expectations, compared with a multiple of 21.1 for the S&P 500, according to the latest data from Refinitiv.

While telecoms typically underperform the broader S&P, their current valuations are below their own 10-year average, which is 11.7 for AT&T and 12.9 for Verizon.

Although a host of issues surrounds the industry, “when you look at the valuation of the stocks relative to those issues, it seems to me that the market is way over-reacting,” said Stephen Massocca, senior vice president at Wedbush Securities, who has purchased Verizon and AT&T shares as recently as October.

As a positive catalyst, Stone is eyeing AT&T’s plan to spin off media assets next year in its venture with Discovery, which will be 71% owned by AT&T shareholders and 29% owned by Discovery investors.

He is hoping the separation of operations such as HBO means AT&T will refocus on telecommunications and eventually lead the company to boost its dividend.

“A lot of bad news is built in there. I don’t need a lot of things to go right for this to work out,” he said.

T-Mobile US Inc on Tuesday raised its 2021 guidance across the board and posted third-quarter earnings that beat analysts’ estimates, boosting its shares.

Kim Forrest, founder and chief investment officer at Bokeh Capital Partners, has been buying AT&T shares since March 2020 and is adding the stock to new accounts this year, betting that the company will eventually benefit from its Discovery deal. “It’s like planting seeds,” she said. “You don’t want everything to bloom at the same time. This would be a later bloomer.”

Another $237M granted to Honda battery plant project in Ohio