America’s productivity fell faster than any point since 1981 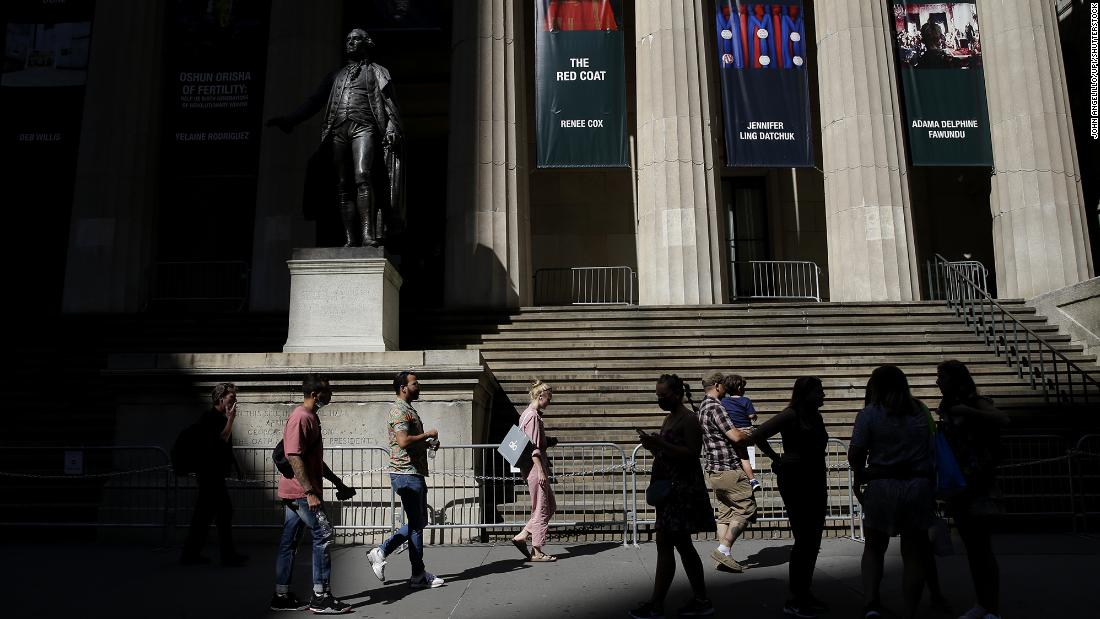 That sounds terrible. But there are plenty of reasons it might not be a bad sign for the nation’s economic outlook.

To be sure, the recovery stumbled between July and September under the sudden threat of the Delta variant, which weighed down productivity. Worse, the supply chain chaos, which is yet to be resolved, held back production across various sectors.
Together, these factors help explain the steep drop in productivity, which decreased at a seasonally adjusted annual rate of 5% between July and September. That’s the sharpest decline since the second quarter of 1981, the Bureau of Labor Statistics said Thursday, when the United States was in the midst of a 16-month recession. In the third quarter of this year, output increased by 1.7%, while hours worked jumped by 7%.

But just looking at these bad numbers in a vacuum doesn’t tell us very much about the trend in the job market, said Wells Fargo Senior Economist Sarah House. A single data point — such as a productivity drop — rarely paints a complete picture, she added.

And this past summer was an unusual time in the recovery. The pandemic was worsening. The supply chain problems were becoming a full-blown crisis. And the economic sugar rush from the stimulus package had started to wear off.

“You had this timing mismatch in terms of what was happening between Delta, and we were coming off the high of the reopening and all the fiscal support we had,” House said.

So it isn’t unusual to see a productivity slow down after a period of intense ramp up, such as we’ve seen during earlier phases of the recovery.

“Output isn’t rising as quickly as you’re getting into the more mature part of the recovery and as labor is recovering faster,” said House. As the jobs market returns to normal, for example, the number of hours worked goes up, too.

“Supply chain issues were holding output back even more,” she added.

Businesses have also been struggling with the pandemic worker shortage, which means they have to pay up to attract employees. Unit labor costs jumped in the third quarter, rising at an annual rate of 8.3%, far more than in previous quarters.

But the falling productivity also means that it’s getting harder to find workers, and more expensive to hire them, without passing on the additional costs to consumers, who are already paying more amid rising raw material and shipping costs.

“We think wage growth will remain elevated, but we expect some moderation in the second half of next year,” House said. “That will take some of the pressure off of businesses.”