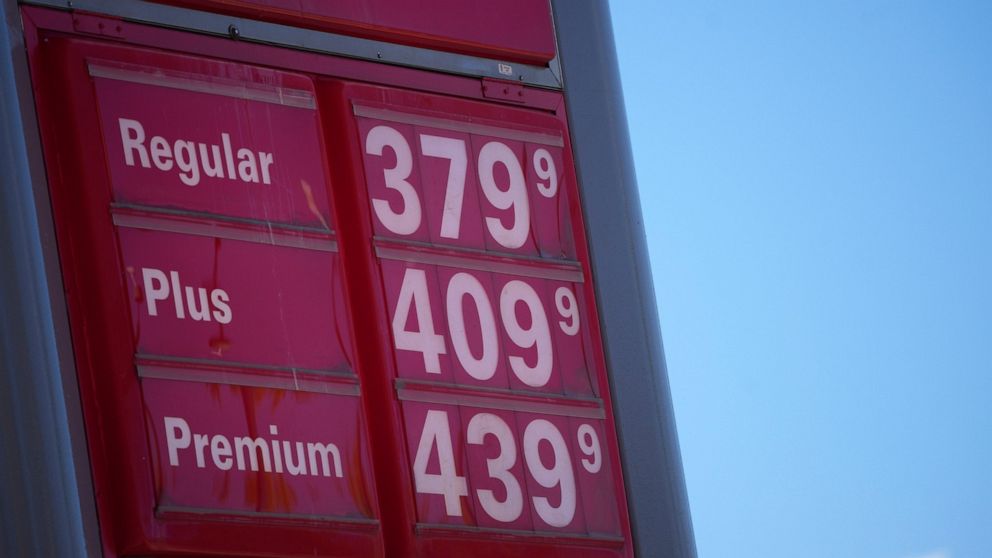 SAN FRANCISCO — Americans’ opinions on the U.S. economy have soured noticeably in the past month, a new poll finds, with nearly half expecting economic conditions to worsen in the next year.

Just 35% of Americans now call the national economy good, while 65% call it poor, according to a poll by The Associated Press-NORC Center for Public Affairs Research. That’s a dip since September, when 45% of Americans called the economy good, and a return to about where views of the nation’s economy stood in January and February, when the pandemic was raging across the nation.

The deterioration in Americans’ economic sentiments comes as the cost of goods is rising nationwide, particularly gas prices, and bottlenecks in the global supply chain have made purchasing everything from furniture to automobiles more difficult. The Labor Department reported earlier this month that consumer prices in September rose 5.4% from a year earlier, the largest one-year increase since 2008.

Nadine Christian, 55, said she’s been concerned about the rising cost of living the past year.

“I grew up in the 1970s and I remember it was hard for my parents to make ends meet,” Christian said, referring to the last time the U.S. economy was severely impacted by high inflation. “It’s not quite as bad as it was back then but I feel like any day we could go off the rails.”

Roughly half of Americans — 47% — now say they expect the economy to get worse in the next year, compared with just 30% who think it will get better. In an AP-NORC poll conducted in February and March, the situation was reversed: 44% expected the economy to get better in the year ahead and just 32% said it would get worse.

Earlier this year, 70% of Democrats said they expected the economy to get better. Now, just 51% do. And the share of Republicans who think the economy will get even worse has grown to 74% from 59% earlier in the year.

Joseph Binkley, 34, from Indiana, said he’s worried about inflation but thinks the problems in the economy are temporary.

“I think it’s mostly a supply-demand issue, as the economy is improving,” he said.

“A lot of the first years of a presidency is dealing with the predecessor’s policies. I think Biden is having to work through the problems of the previous administration.”

The AP-NORC poll shows a majority of Americans are critical of Biden’s handling of the economy, with 58% saying they disapprove and 41% saying they approve.

Despite the deterioration in Americans’ economic outlooks, the poll found they remain relatively optimistic about their own financial situations. The poll found that 65% of Americans say their personal financial situation is good, a number that has remained about constant since before the pandemic began. Still, 24% say they think their personal finances will get worse in the next year, up from 13% earlier this year.

The poll also shows signs that the pandemic has helped improve workers’ bargaining power: 36% of Americans are very or extremely confident that they could find a good job if they wanted to. In March of 2020, 25% said that, and in June of 2019, 30% said so. Another 35% say they’re at least somewhat confident.

Economic inequalities between Black and Hispanic Americans compared to their white counterparts remain, however. White Americans are much more likely than Black or Hispanic Americans to be highly confident in their ability to pay an unexpected bill or medical expense.

For businesses, the supply chain issues have dampened economic forecasts. Dozens of large companies say it’s been hard to find basic goods for manufacturing, like raw materials and semiconductors.

“Companies keep telling me, ‘If I could just get the materials, my business would grow significantly,’” said Steve Steinour, CEO of Huntington Bancshares, a large regional bank chain found primarily in the Midwest.

The AP-NORC poll of 1,083 adults was conducted Oct. 21-25 using a sample drawn from NORC’s probability-based AmeriSpeak Panel, which is designed to be representative of the U.S. population. The margin of sampling error for all respondents is plus or minus 4 percentage points.